How to configure split routing in TMG

Note: I know that the whole ForeFront family is no longer supported by Microsoft (alas!). But TMG is a great product, it's still in use and there are companies still selling & supporting it. So I feel that sharing this info still can be useful for someone.

If you configure it to assign IP addresses out of predefined pool, then TMG relies on VPN client that it will:
​If we don't want either of these options, then the only way is to configure TMG to request addresses for its VPN clients from DHCP.

That's how it's done - it's pretty counter-intuitive:

1. In TMG Management console, go to "Remote Access Policy (VPN)" and then click on "Configure address assignment method".
Specify a pool of addresses, which you want to distribute to the clients:
The very first address of this range - in this case, 10.50.9.10 - will be used as address of DHCP relay agent (the GIADDR field in DHCP request).
This is important, because DHCP server uses GIADDR to recognize, settings from which scope should be used sent with the response (including the static route options).

2. Now we need to launch the "Routing and Remote Access​" console, expand the local TMG host node , expand IPv4, right-click General, select "New routing protocol..." and add DHCP relay agent.
We need to configure it with the address of our DHCP server and add "Internal" to its list of interfaces. This Internal interface isn't related to Internal network in TMG Management console, appearing on the screenshot above. It represents VPN clients. 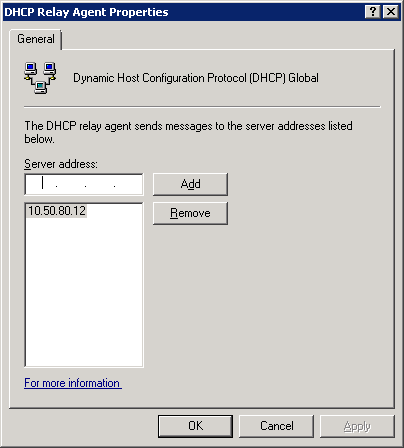 3. Now let's set up DHCP server itself. We need to define a scope with the same pool of addressses we defined on TMG itself. Now we can play with Scope Options, adding different settings we wish to push to VPN clients - including option 121, "Classless Static Routes": 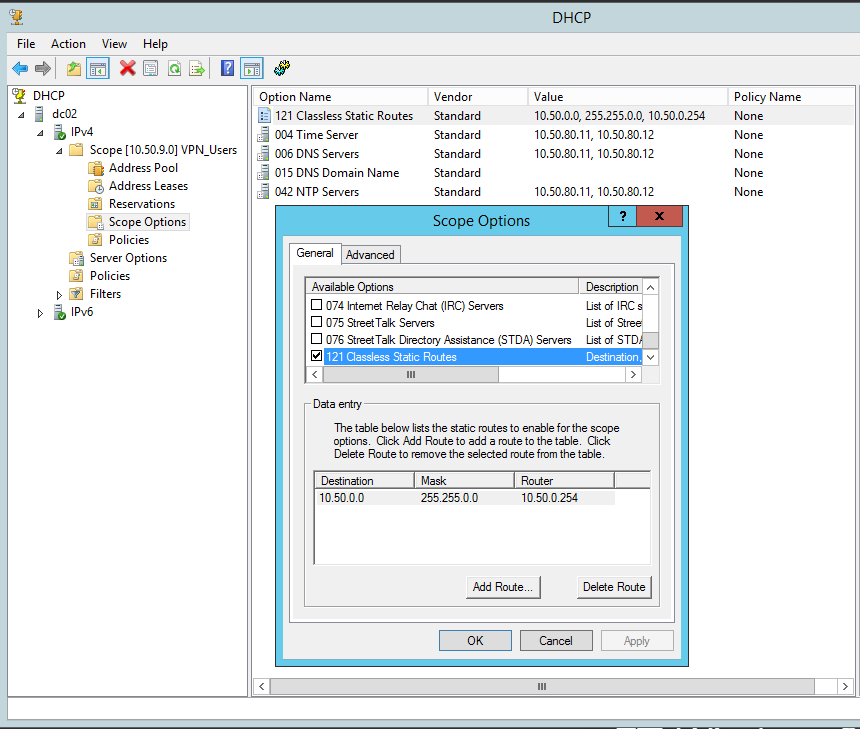 N.B. The address in "Router" field can be anything, as long as it falls inside the subnet range. It doesn't really matter - when the route is pushed into VPN client's forwarding table, the "Gateway" will be set to "On-link", since its point-to-point connection.

4. And the last thing - configure the Windows VPN client itself.
By default, it's configured to forward all traffic to unknown networks via the VPN connection. To take advantage of split routing, we need to change that:
​ 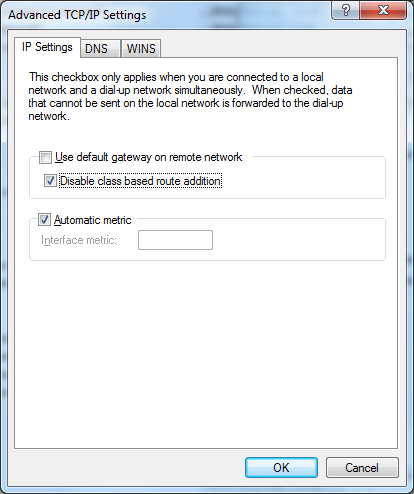 Now what is going to happen after VPN user connects and authenticates is:
Note the route to 10.50.0.0/16.

The DHCP_Inform_and_Ack.pcap file contains example of packets exchange between the relay agent (TMG) and the DHCP server.
Posted by Cat Mucius at 4:09 AM